Keep it alive or let it die: new media art, curating and the art market 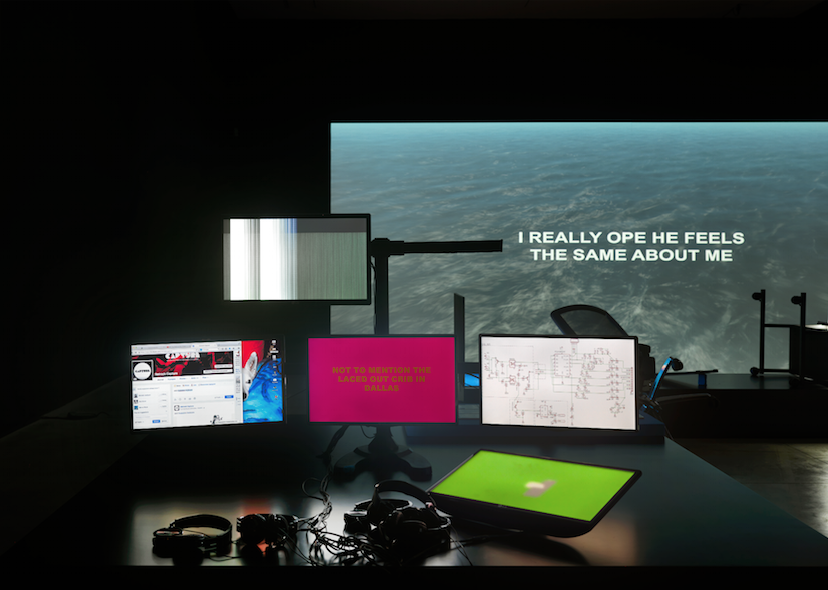 New media artworks are usually the outcome of a continuous process (a running algorithm, the processing of data flows, the interaction between viewer and artwork, among others) that depends on devices and external resources that are subject to an accelerated obsolescence and the changing strategies of IT companies. In order to be collected, these artworks require new preservation strategies that challenge traditional assumptions about what must be preserved and how. Over the last decade, these strategies have been developed by different initiatives, such as the Variable Media Network1 and DOCAM (Documentation and Conservation of the Media Arts Heritage)2, as well as experts, such as artist and curator Jon Ippolito.3 In a previous article,4 I discussed these strategies as well as the tendency to place artwork and documentation on equal levels and incorporate crowdsourcing in preservation efforts. Six years later, I would like to address this subject in the context of the increasing integration of new media art in the mainstream contemporary art market, as well as the possibility of preserving artworks by including them in curated exhibitions.

Do Artists Want to Preserve Their Artworks?

In 2013, in the context of a PhD dissertation, I carried out a survey among more than 500 artists from 50 countries working with new media in order to find out about their opinions and expectations regarding their work and its recognition in the contemporary art world. One question in the survey asked whether respondents took into account the preservation of the artworks while they were developing them. The majority (63.72%) answered affirmatively, although one third of them (21.3%) confessed to not having enough time or resources to update or preserve the artworks. Additionally, some of them (12%) considered that the artworks must not be preserved but have a life cycle instead.5 These results are consistent with the opinion of researchers, such as Vanina Hofman, director of Taxonomedia, who stresses that “if artists devoted themselves to conserving all of their work, they wouldn’t have time for new productions.”6 Hofman also points out that the majority of new media art is not to be found in private or public collections but in the hands of the artists themselves. This further complicates the preservation of the artworks, but, as will be discussed, new strategies arise from the experience of successful artists whose work is frequently exhibited and bought by collectors. Rafael Lozano-Hemmer, one of the most prominent names in the new media art scene, is known for developing both large-scale public art installations and interactive artworks that are sold in art galleries.7 His studio Antimodular, based in Montreal, oversees the production and maintenance of his pieces, some of which have been developed with custom technology. Consequently, he has a privileged perspective on the preservation and selling of new media artworks, which he recently distilled in an article published in the online repository GitHub. Titled “Best Practices for Conservation of Media Art from an Artist’s Perspective,”8 the text offers a series of recommendations for artists on how to address the preservation of an artwork while developing it, as well as how to document and prepare the piece for long term public presentations. The artist also provides some tips on how to deal with collectors, clearly addressing the frequently disregarded fact that the artwork may be permanently installed at the buyer’s home or office. This attention to the art market is not common in the new media art community but at the same time signals the fact that a growing number of artists are focusing on selling their work in art galleries.

For an artist working with new media, selling a process-based artwork to a collector or institution implies either taking steps like those outlined by Lozano-Hemmer to ensure the preservation of the piece or adapting to relatively more stable formats (such as prints, objects, or videos). A particular case is that of artworks in digital format, such as screen-based software art, digital images, and videos. Since the early 2010s, the contemporary art market has been increasingly focused on selling art online, mainly through platforms that facilitate information about the artworks on sale and connect the buyer with the art gallery. However, some startups, such as Sedition, FRM, Electric Objects, Meural, Depict, and DAD, are exploring the possibility of selling and distributing art in a digital format.9 These companies sell “digital editions” of artworks that collectors can view on their smartphones, tablets, computers, or smart TVs. Some also commercialize dedicated screens, on which the artwork is displayed as a framed picture. In terms of preservation, this form of distribution implies that providers keep a copy of each artwork on their own servers and therefore, in some cases, the buyer’s whole art collection depends on the existence of the company that initially sold the works. Furthermore, many of these providers incorporate a streaming service offering subscribers curated selections of artworks, which are displayed for a limited time on their screens. This has two consequences for the preservation of the artworks. Firstly, as subscribers, collectors pay a small fee and only require that the content on their screens is regularly updated but do not worry about its preservation, since what is being paid for is access to the art, not ownership. Secondly, the provider must only make sure that the artworks are available at the time of streaming and therefore does need to store or preserve them long-term (unless they are part of a catalogue). The responsibility of preserving the artworks falls on the artist who, as has been discussed, usually does not have the time or resources to carry out this task. Consequently, the commercialization of art in a digital format can be both beneficial and detrimental for video and new media artworks, since the files are constantly copied and distributed, but at the same time their consumption tends to be ephemeral.

An artwork based on an ongoing process can be continuously updated and re-staged according to the artist’s intentions. Therefore, each exhibition provides an opportunity to create a new version of the artwork with the latest technology or even a different setup. This is particularly the case of David Rokeby’s Very Nervous System (1983-): the artist has created different versions of this interactive installation over the course of several decades, in different spaces and configurations. The concept of the artwork (simply put, a system that generates sound according to the viewer’s movements in an enclosed space) is so flexible that each version may be substantially different from the previous one to the point that, as researchers Caitlin Jones and Lizzie Muller point out, we may ask which is the “ideal” version of the artwork.10 Rokeby’s installation is an outstanding example of the malleability of many new media artworks. In most cases, adapting to a new configuration with new technology implies an improvement of the experience of the artwork. For instance, Paul Sermon’s Telematic Dreaming (1992) is a video installation in which the viewer finds herself lying on a bed next to the projected image of other people lying on another bed in a separate room. When the work was presented in 2011 at Es Baluard Museum of Modern and Contemporary Art in Palma, HD video was used for the first time, greatly enhancing the sense of presence felt by those interacting with the installation. Similarly, Rafael Lozano-Hemmer’s Subtitled Public (2005), acquired by TATE eleven years ago, will benefit from the improvement in computer vision over the last decade when it is updated for its next exhibition. These examples show that the work and resources dedicated to producing an exhibition can become a form of preservation, as time and funding can be allocated to updating or versioning an existing artwork whose technology has become obsolete.

Finally, a viable option is not to preserve the artwork. Lozano-Hemmer clearly states why sometimes preservation should be discarded: “I am not interested in the preservation of the artwork. I am interested in the perpetuation of a cultural act. […] Vitality is what we need to maintain, the artwork must continue to be developed according to its design… and what is most important, if the artwork cannot be presented anymore, it must have an honourable death. It must be allowed to die.”11 For some artists, decay is an integral part of the artwork, as is the case of those who work with living matter, such as Eduardo Kac, whose Natural History of the Enigma (2003-2008) is a genetically modified flower that will obviously die after some time. Others consider the artwork as a work in progress that generates different installations, which can be discarded after the exhibition is closed. Grégory Chatonsky and Dominique Sirois have worked together for several years on large installations that combine site-specific sculptures and found objects with video and sound. For each exhibition, they create a new installation, which is dismantled once the show is over and therefore becomes a unique iteration that will not be displayed again. Chatonsky justifies this decision by asserting that “the very idea of repeating the same exhibition twice in different places becomes hardly justifiable. An exhibition does not only take place in its space, it is also documented and distributed online. Therefore, when it has taken place once, that is enough.”12 However, in 2015 the artist started creating 3D scans of these pieces in order to use them in future artworks. The first outcome of this activity is the video The Power of Display (2016), which shows fragments of these scanned installations floating adrift in an endless sea. This poetic and somewhat post-apocalyptic scene suggests a profound reflection on the meaning of preservation, its possible outcomes and the future of art in an era of ephemerality and impermanence.