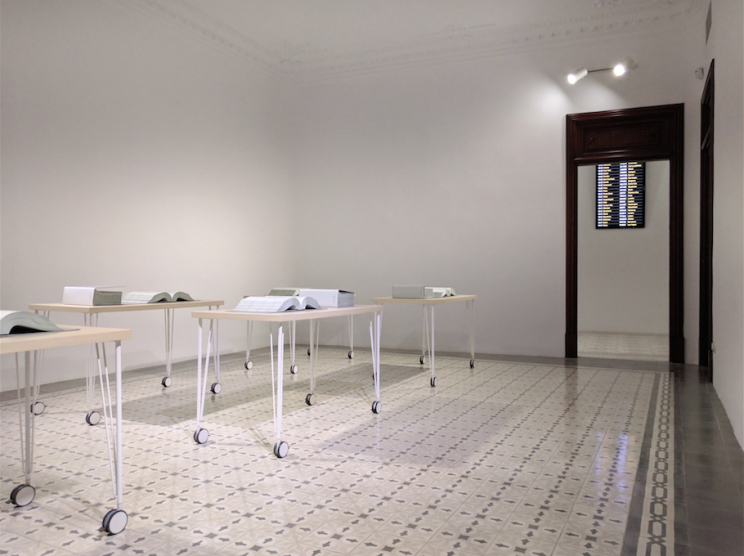 The work of Martin John Callanan (Birmingham, 1982) focuses on the relationship between individuals and the systems that determine their existence, whether natural, economic, social, political, or that invisible and omnipresent data network in which we all participate. Placing himself at the center of this research, not as a protagonist, but as a simple individual who is affected by the same systems that dominate us all, the artist elaborates patient and laborious processes with the data that he collects from his interaction with the world. The result of these processes are works that refer to both a personal experience and a condition shared by a large part of the inhabitants of the planet.

As Robert Musil states in The Man Without Qualities (1930), “living permanently in a well-ordered State has an out-an-out spectral aspect: one cannot step into the street or drink a glass of water or get into a tram without touching the perfectly balanced levers of a gigantic apparatus of laws and relations…” This apparatus, which according to Musil becomes so invisible that we deny its existence “as the common man denies the existence of the air,” is what Callanan explores in his work: each action of an individual is recorded by the system and produces some reaction, which becomes visible in the artworks selected for this exhibition.

Horrach-Moyà presents in this, Callanan’s second solo show in the gallery, a selection of recent works that explore diverse forms of representing the relation between the individual and the data that he generates, either through what he consumes, produces, or even where he goes. The works move fluidly between the intimate and the impersonal, between the analog and the digital, capturing a small part of a set processes that will not stop until the individual that generates them or the systems that sustain them cease to exist.

In this work, the artist has collected the first 100 books recommended to him by Amazon, based on everything he read and bought since the online retail giant first launched its recommendation algorithm over 15 years ago.

The title refers to the condition of the user of any service on the Web as an involuntary transmitter of information: since the data concerning the actions of the user (day and time of access, duration, contents browsed and so forth) are registered automatically, it is no longer possible to be a mere receiver of information. Rahter, one constantly participates in a data exchange that leads to modifying the same contents that one is accessing. This reflection is not presented as a complex technological installation but as something as simple as a library, which becomes a record of the subject that have interested the artist, although this record was not created by him but has been elaborated by Amazon’s algorithm. These books are not necessarily those that Martin John Callanan has read, but those that he supposedly wants to read. 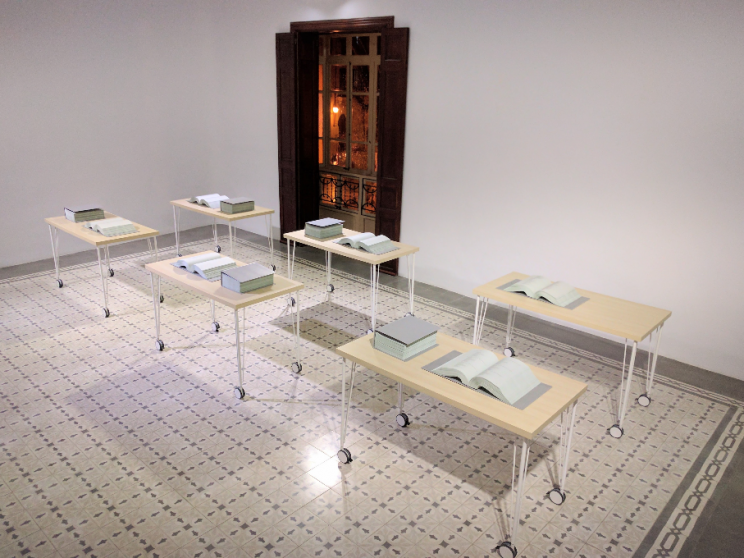 Each and Every Command
2016
Installation
11 archive folders, tables

This piece shows all edits done by the artist on the photo editing software Adobe Photoshop during twelve years, from December 23, 2003 to February 7, 2016. Registered automatically by the program, they are presented as a long list on 15,873 pages in DIN A4 gray paper, bound in 11 volumes. There are altogether 4,144,676 words in 198,605 lines of text, which corresponds to eight times the complete works of William Shakespeare. A record of this file is preserved in digital format at the British Library.

With this work, Martin John Callanan suggests the possibility of recording each of the actions performed in a computer, while exploring the romantic myth of artistic creation: the fascination for the creative process of the artist and the conception of the studio as a magical and intimate place where his inspiration is gleaned, translate into a sober file that methodically collects every action carried out by the artist on an image editing software. Reading this register, it is possible (if one can take an amount of time that perhaps exceeds human capacities) to follow the steps of the artist’s working process, both in the elaboration of a work and when editing his website or retouching a holiday photo. The deep knowledge of his work can be found here, buried among thousands of banal data, in a diary as comprehensive as it is, paradoxically, absurd. 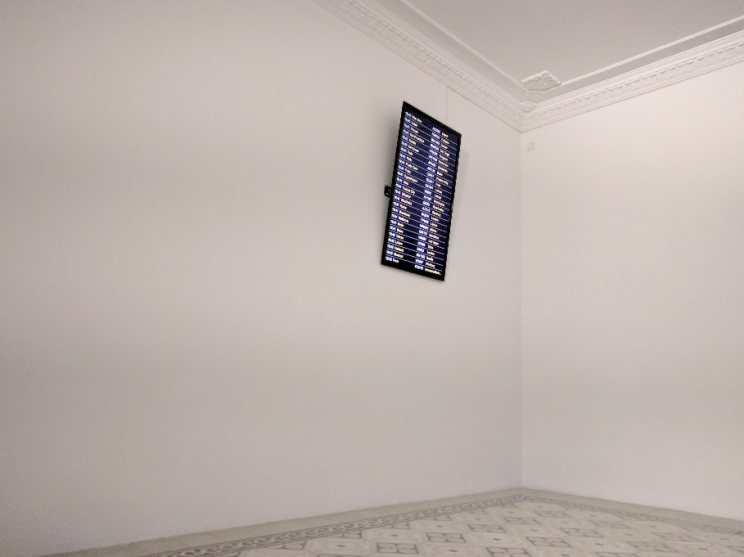 Displayed as an airport information panel, a screen shows all flights that are taking off from all international airports in the world, in real time. The time of departure, flight number, city of origin and destination are displayed in a sober list. Every five seconds, two or three new flights appear on the screen, as the list continues to slowly scroll upwards. The global air traffic is summed up in a small set of data that invite us to reflect on the fact that, at all times, there are approximately 500,000 people flying at forty thousand feet.

The speed with which the list is updated indicates an incessant need to move that forms a picture of our globalized society and the impact that our restless lifestyle (particularly nomadic in the art world) has on the environment. The relatively daily act of catching an airplane is actually an action that is part of a precise machinery that works on a global scale: as passengers, we participate in a flow of coordinated activities whose effects are transmitted from one hemisphere to the other. Altering this flow (as occurred, for example, with the eruptions of the Eyjafjallajökull volcano in 2010) is chaotic, and therefore it can not be stopped, as the endless list on the screen never stops.