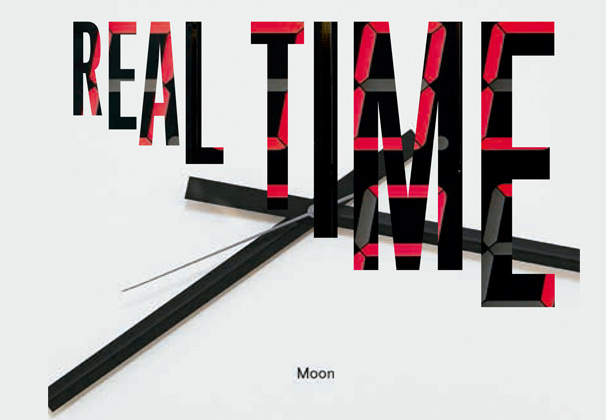 In today’s accelerated society, time becomes a primary concern as one strives to keep abreast of major events taking place internationally and react to developments. We live in a state of permanent connection that leads to the anxiety of being part of a present that is not our own but one described by the media and social networks.

The term real time refers to the ability to show, communicate or react to events at the moment they take place. This term, which is commonly used in computer science, the media and all types of narratives, denotes a process that occurs synchronously with the spectator or user’s time. This immediacy translates into, for example, the ability to interact with a virtual environment, report on current events and tell a story in which time unfolds naturally. The individual present is connected with an external or shared present, promoting forming part of the present or issuing a response. “Real time” is thus linked to “being there” or Dasein as formulated by Martin Heidegger, which refers to the relationship between the individual and his or her environment and indicates that everyone is tied to the world they live and participate in. The concept also leads us to question what “real time” is, how we measure time and how this measuring is relative, even though it determines our perception of reality.

In the art world, time is a crucial element in something often overlooked: the amount of time the spectator spends contemplating the work of art. As Boris Groys has pointed out, while in traditional media the time needed for this contemplation is determined by the user, art based on temporal processes (new media, video and performance) hands this control over to the work. Usually works of art show a specific moment or an action bounded in time, but what happens when a work unfolds in “present continuous,” constantly changing and subject to an endless process?

Real Time. Art in Real Time presents a selection of contemporary works of art in which the concept of “real time” has a key role, whether by questioning the relativity of time, using data taken from the Internet in real time or seeking to create a current picture, “realistic” and always changing with the times we live in. Some of the works selected draw information that appears constantly in the media, while others pull data from various sources, establish a production process in real time or propose a questioning of our way of measuring time and relating to the present. The technologies we use in our daily lives have a central role in these pieces, leading to reflection on time in an area that is very close to the spectator, who in some cases can interact with the work and in others does so unknowingly.